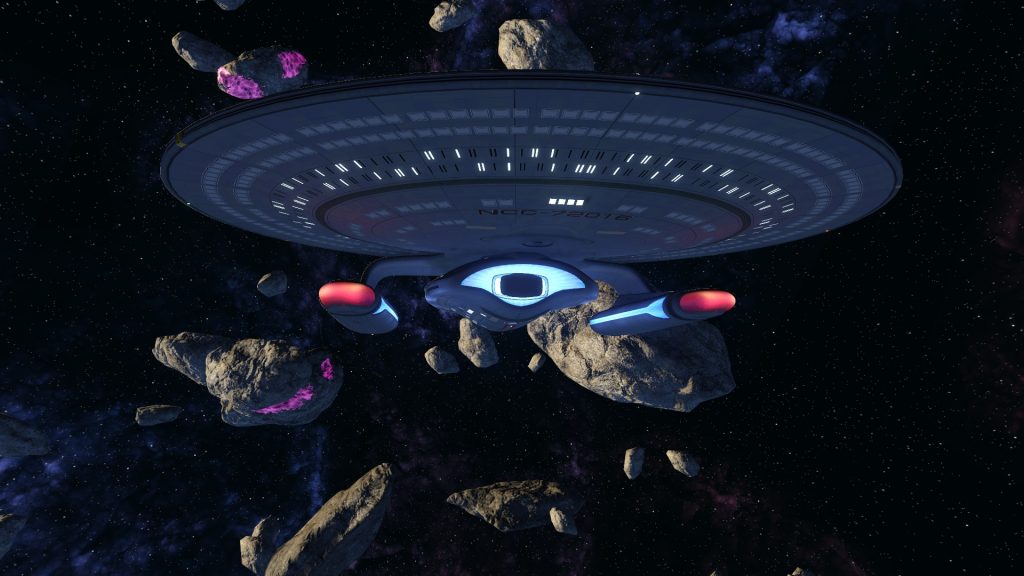 It is the hope that this document establishes a code of conduct in and out of character for members of the Denver RPG in relation to Bravo Fleet and game regulations.

(Excerpt written by: David |BFXO, with some changes by GM)

The Denver is rated 212 on the RPG Rating Scale, which is intended to be suited to members as young as 16. This means that references to violence, cursing, and sex can be no more graphic than they are on shows such as Star Trek: Discovery, but more graphic  than Star Trek: The Next Generation

Posts should be written in a third person narrative format just like you generally see in most novels and short stories.  Please spellcheck and proofread. Special care should be given to match the tenses of a post.  If OP starts a post in past tense please maintain past tense throughout.

When starting a post be as specific as possible when it comes to location and date/time in the heading boxes.  We use a standard date system and the 24 hour clock (i.e. February 1, 2374 23:00).  When changing a scene you may put that into the body.  Acceptable examples would be:

The use of “=/\=” for combadge communications and the “~” for thoughts is considered outdated and is discouraged.  Use standard quotation marks and italicize the spoken parts.

The proper names of ships shuttles and stations should be in italics such as USS Defiant or shuttlecraft Galileo.

Every post has two options at the bottom right margin: “save” and “publish”.  Save simply saves the edits for later.  Only the players whose characters are added in the character section can see this post.   New edits will show up as a green dot next to the story title on their BFMS page.  Grey dots indicate no new saved content.   Use the save function between TAGs when you are doing a joint post.

Publish is reserved for when the post is completely done, edited, and ready for the entire fleet to read. Yes, your published stories are public.  Only select the “publish” button once.  It may take a few seconds to respond and look like it’s doing anything.   Hitting it multiple times causes a system bug and nominates you multiple times for rewards, and causes problems for OCS

TAGs are simply used to inform an individual in  joint posts that their participation is needed.  Using Bold format helps make the tag more visible in the post and should look something like this:

Refrain from controlling the conversation by Tagging and then continuing on.  Sometimes it’s the best worst option,  but it is considered rude.  Use your best judgment.

Once you have saved your post go over to Discord and go to the #Tagging channel and type: TAG @[individual’s ID].  If there are multiple stories being written at a time add the story title.  If you have responded to several tags across two or more stories “@[individual’s ID] Full TAGs” is often used.

Stage directions can often be written into the scene as narrative prose. In instances where it becomes needed please be aware that a player has autonomy of their character.  You shouldn’t tell them how to react or what they should say.  This is called “autoing”.   However,  if you can’t write external forces into the narrative, insert that into the tag.

The Denver is a fully collaborative RPG for Bravo Fleet.  As a player your involvement is crucial to the success and failure of this game.  As such this RPG requires a considerable amount of commitment, but in turn you get to have your  say in how the game is run. From rules all the way down to the story.

Missions will follow a sandbox open style narrative.  The GM doesn’t want players to help tell her story. She wants you to help tell our story. This gives you freedom to expand the story within the framework of the mission as you see it. If your addition does not work you may be asked to change that part.  GM has final say.

Future mission ideas are always open for workshop in Discord. There is no guarantee of if and when your mission idea is put into play you have the chance to change the direction of the game.